OCD and the Need for Reassurance 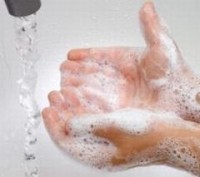 While the above questions are obvious appeals, they are not the only way that OCD sufferers seek reassurance. Indeed, the very nature of OCD centers around making certain that all is well. The disorder is characterized by unreasonable thoughts and fears (obsessions) that lead the sufferer to engage in repetitive thoughts or behaviors (compulsions). Obsessions are always unwanted and cause varying degrees of stress and anxiety, and compulsions temporarily alleviate these feelings. Compulsions are always, in some way, shape, or form, a quest for reassurance; a way to make everything okay.

A good example is the case of someone with OCD who is obsessed with a fire starting because he or she left the stove on. The compulsion of continually checking the stove is a recurring attempt to reassure oneself that the stove is indeed off and nobody will get hurt. Another OCD sufferer may fear germs (obsession) and wash his or her hands until they are raw (compulsion). The compulsion of hand-washing is an effort to make sure that his or her hands are clean enough so that there will be no germs.
My son Dan suffered from OCD for a few years before we even knew anything was really wrong. In retrospect, I realize he had a lot of reassurance-seeking behaviors. While he never asked the “Are you sure?” questions, he would often apologize for things that did not warrant an apology. If we went to the supermarket together he would say, “Sorry I spent so much money,” when, in fact, he had only picked out a few items. I, in turn, would reassure him that he hadn’t spent much at all. Dan would also thank me over and over again for things that most people might say “thank you” for only once, if that. Again, I would reassure him by saying, “You don’t have to thank me,” or “Stop thanking me already.” My responses to Dan in these cases gave him the reassurance he needed to feel certain that he hadn’t done anything wrong, had behaved appropriately, and all was well.

Of course hindsight is a wonderful thing and I now know that how I reacted to Dan at these times was actually classic enabling. I did him more harm than good. My reassuring Dan that all was well reinforced his misconception that he had to be certain, to have no doubt at all in his mind. While I helped reduce his anxiety at the moment, I was actually fueling the vicious cycle of OCD, because reassurance is addictive. Psychotherapist Jon Hershfield says:

If reassurance were a substance, it would be considered right up there with crack cocaine. One is never enough, a few makes you want more, tolerance is constantly on the rise, and withdrawal hurts. In other words, people with OCD and related conditions who compulsively seek reassurance get a quick fix, but actually worsen their discomfort in the long term.

So how can those with OCD “kick the habit?” It’s not easy, as sufferers continually wrestle with the feeling of incompleteness, never truly convinced that their task has been completed. There is always doubt.

But there is also always hope. Exposure Response Prevention (ERP) Therapy involves facing one’s fears and then avoiding engaging in compulsions. Using the stove example again, the sufferer would actually cook something on the stove and then shut the burner(s) off. He or she would then refrain from checking the stove to make sure it was off. No reassurance allowed. This is incredibly anxiety-provoking initially, but with time it gets easier. And while it is difficult to watch a loved one go through “withdrawal” it is imperative that family members and friends learn how not to accommodate or enable the sufferer.

Without reassurance, how will those with OCD achieve that need for certainty that they so desperately desire? Indeed, how can all of us make sure that nothing will ever go wrong? How can we control our lives, and the lives of those we love, so that nothing bad will ever happen?

The answer, of course, is that we can’t. Because as much as we’d all like to believe otherwise, much of what happens in our lives is beyond our control. Through ERP therapy, OCD sufferers will focus on the question “How can I live with uncertainty?” as opposed to “How can I be certain?” And instead of dwelling on the uncertainties of the past and the future, those with OCD can begin to live life to the fullest by concentrating on what matters most – the present.