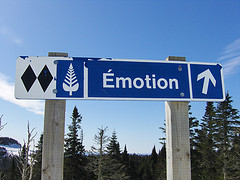 Borderline personality disorder (BPD) and other mental illness is highly stigmatized, overlooked and looked down upon by society. BPD is characterized by poorly regulated emotional responses to events or feelings, possible urges to self-harm or commit suicide, and unstable relationships with others.

1. Only women or mostly women have BPD.
This myth is a particularly harmful because it can work toward preventing an accurate diagnosis of BPD in men, as well as stigmatizing women and mental illnesses. While BPD is more common in women it is also fairly common in men.

3. BPD doesn’t respond well to treatment.
BPD is difficult to treat. However, people with BPD have been shown to be responsive to treatment. The myth that they are not is especially harmful because it often prevents seeking treatment.

4. DBT is the therapy of choice for BPD.
Psychologist Marsha Linehan designed Dialectical Behavioral Therapy to treat BPD. However, it is not the only treatment. No evidence suggests it is more effective than other forms of psychotherapy.

5. Bad parenting is to blame for BPD.
Parents often are contributors to their offspring’s mental health issues, but they’re also easy scapegoats. While BPD often is linked to childhood abuse, it often is not the case. At one time, professionals considered BPD to be caused by bad parenting, but today a combination of environmental and genetic factors are seen as contributing factors.

6. People with BPD are unbearable.
It can be extremely difficult living with someone with mental illness, especially as you watch them suffer. You may view their outbursts or crises as selfish and out of control. People with BPD can be highly volatile, unstable and in constant crisis, which is scary, but they can also be treated for their instability and learn to be more productive and happy in life.

7. People with BPD are manipulative and only want attention.
This is a common misconception with self-harm and suicidal behavior in general — that people are “just doing it for attention.” Even if they weren’t really suicidal or they were trying to communicate something through self-injury, that communication would still be legitimate and important. Most likely, however, is that these feelings are legitimate and not done for attention.