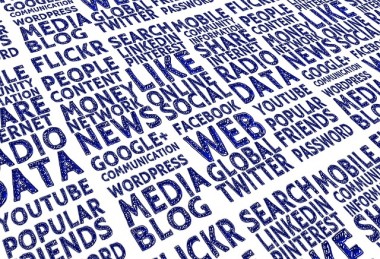 Did you know that the International OCD Foundation has a blog? I didn’t, until recently.

Alison Dotson mentioned the blog on Facebook, and I went to check it out and found a lot of great information shared by a lot of other bloggers with OCD.

Dotson, of course, is the author of “Being Me With OCD,” a fantastic guide about coping with this disorder. It’s written with teens and young adults in mind, but it’s an excellent resources for anyone who is newly diagnosed or who suspects they have OCD.

After reading Dotson’s book, I found her on Facebook and began following her. She posts a lot of great links to articles and resources dealing with OCD. She’s also linked to other OCD authors on occasion, and I’ve followed a couple of them, too.

Social media — blogs like the ones here on PsychCentral, along with Facebook, Twitter, Tumblr, online forums and more — can be a really great way to connect to other people with OCD. They can be an efficient way to share links and stories about dealing with a mental illness that really, truly sucks.

For example, I picked coloring back up as a way to relieve stress after I saw it recommended in the#actuallyocd tag on Tumblr.

In November 2014, a group of Twitter users with OCD flooded the #ocdproblems tag — previously a bastion of people giggling about color-coordinating their pens or how it should really be CDO because that’s alphabetical — to discuss actual problems they have faced because of their mental illness.

I didn’t participate in the Twitter takeback, but I read many of the comments the next day on Tumblr and felt immense relief at not being alone.

Can using social media be incredibly frustrating? Yes. Putting your illness out there in public can attract trolls and lead to nasty comments. But at the same time, social media allows you to connect and learn and gain access to resources when you don’t have those abilities in real life. For example, the nearest mental illness support group for me is a long, inconvenient bus ride away, and it’s not even focused on OCD.

Talking about OCD on social media is public, for sure. But it also allows me to connect specifically to other OCDers, and I’ve found that really valuable.

If you’re not sure where to start, following authors or OCD organizations like IOCDF on Twitter or Facebook is a good way to dive in, as is browsing the OCD-specific tags (although be warned, a lot of them are equal shares fellow OCDers and people who have no idea what OCD is but think it makes them super organized). You can branch out from there.
You don’t have to speak up. Feel free to lurk until you get the feel of things, or indefinitely (I do).

But know that if you do choose to share, a lot of us — lurkers and speakers alike — will be able to sympathize. You’re in good company.