When the Bully Is a Sibling 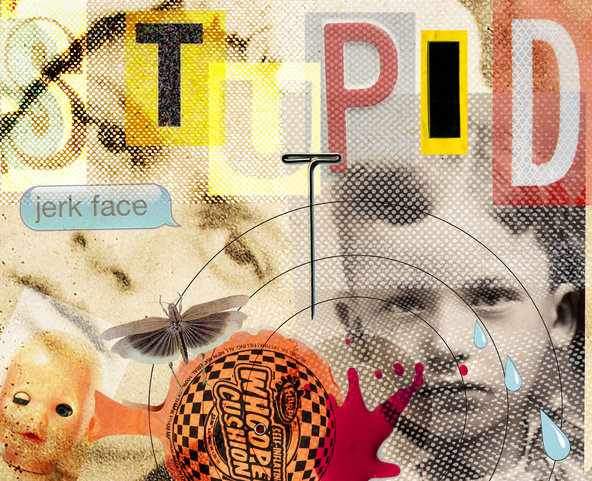 Siblings have been bickering and trading blows since the time of Cain and Abel. But the torment and fighting that is often shrugged off as normal sibling rivalry may not always be so benign.

New research suggests that even when there are no physical scars, aggression between siblings can inflict psychological wounds as damaging as the anguish caused by bullies at school or on the playground. The findings offer an unusual look at an area of family life that has rarely been studied, in part because infighting among brothers and sisters is widely considered a harmless rite of passage.

But ordinary skirmishes over the remote or joystick are one thing, experts say, and chronic physical and verbal abuse, particularly when it is directed at one sibling, is another. The new study, which involved thousands of children and adolescents around the country, found that those who were attacked, threatened or intimidated by a sibling had increased levels of depression, anger and anxiety.

Corinna Jenkins Tucker, the lead author of the study, which was published in the journal Pediatrics, said that behaviors among siblings that cross the line into abuse deserve more recognition.

“Historically, the general thinking has been that it’s not a big deal, and sometimes it’s even viewed as being a good thing,” said Dr. Tucker, an associate professor of family studies at the University of New Hampshire. “There appears to be different norms of acceptability. Peer aggression is unacceptable, but it’s not the same for siblings.”

Dr. Tucker said that the growing number of programs and public service announcements aimed at stopping bullying and violence in schools and other settings should include a focus on sibling relationships as well.

“The aggression among siblings should be taken just as seriously as that among peers,” she said.

While normal rivalries with siblings can encourage healthy competition, the line between healthy relations and abuse is crossed when one child is consistently the victim of another and the aggression is intended to cause harm and humiliation, said John V. Caffaro, a clinical psychologist and the author of “Sibling Abuse Trauma.” Parents who fail to intervene, play favorites or give their children labels that sow divisions — like “the smart one” and “the athlete” — can inadvertently encourage conflict.

Nationwide, sibling violence is by far the most common form of family violence, occurring four to five times as frequently as spousal or parental child abuse, Dr. Caffaro said. According to some studies, nearly half of all children have been punched, kicked or bitten by a sibling, and roughly 15 percent have been repeatedly attacked. But even the most severe incidents are underreported because families are loath to acknowledge them, dismissing slaps and punches as horseplay and bullying as boys just being boys, he said.

In the new report, Dr. Tucker and her colleagues studied 3,600 children using data from the National Survey of Children’s Exposure to Violence, which collects information on children and teenagers under 17. Previous studies of sibling violence, which are few in number, have typically been small or narrowly focused on specific forms of aggression.

But the new research, conducted through interviews with children and their parents, measured the impact of a broad range of violence. It looked at physical assaults with and without weapons and the destruction or stealing of property, as well as threats, name-calling and other forms of psychological intimidation.

The researchers also measured the same types of behaviors perpetrated by peers outside the home and accounted for them in their findings in order to tease apart the specific toll of sibling violence.

Over all, a third of the children in the study reported being victimized by a brother or sister in the previous year, and their scores were higher on measures of anxiety, depression and anger.

Catherine Bradshaw, an expert on bullying and the deputy director of the Center for the Prevention of Youth Violence at Johns Hopkins University, said the study was impressive in its scope and scale, and noted that it showed that all types of sibling aggression, from mild to severe, were associated with worse mental health.

“Parents at times might be thinking that their kids can fight it out or that a little bit of victimization might not be so bad,” she said. “But these findings suggest that the threshold is pretty low. It’s not just the rough stuff you have to keep an eye out for.”

Dr. Caffaro said that the effects of sibling abuse often continue into adulthood. Over the years he has treated patients who struggled with emotional issues and sabotaged themselves in their careers because of repeated humiliation they experienced at the hands of a brother or sister.

“It can erode their sense of identity and their self-esteem,” he said.