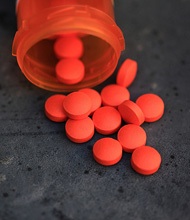 TCR: Dr. O’Reardon, you had mentioned at the end of our last interview (see TCR, Vol. 1, No. 1) some of the augmentation and combination strategies that you like to use in your clinic but we didn’t have time to get into the actual specifics of these. To begin with, how do you decide when to augment? What kinds of drug failures do you try to establish?

Dr. O’Reardon: I will always start with monotherapy to attain the optimal tolerated dose for 4 to 6 weeks before deciding to make a change. If there is insufficient response, switching is going to be the most attractive option at first, because you can readily switch out of the class and change the mechanism of action. However, if the patient has failed 2-3 trials and there isn’t a terribly attractive switching option, augmentation comes into play more strongly. Alternatively, if the subject is a partial responder, you may achieve a faster response by augmentation rather than switching and avoid discontinuation symptom issues. The other highly popular approach in clinical practice now is going straight to combinations (SSRI plus bupropion, venlafaxine plus bupropion, mirtazapine plus venlafaxine and so on). I generally hold the combination approaches in reserve for later as the evidence for efficacy with augmentation is good, and we haven’t much literature to guide us yet in the area of combination.

TCR: And what’s the latest on choosing augmentation agents?

Dr. O’Reardon: Well, there is an ever-widening range of strategies. Some of the options include: lithium, T3, buspirone, atypical antipsychotics, dopamine agonists, and more recently testosterone and possibly folate as well. In terms of evidence-based medicine or at least evidence-informed practice, lithium remains the best-established augmentation strategy. This has been shown to be effective for SSRI augmentation as well as tricyclic augmentation. A recent metanalysis found that 9 of 11 placebo-controlled trials were positive and reported an average conversion (response) rate twice as high as that of placebo (Bauer et al, Clin Psychopharmacol 1999;19:427-34).

Dr. O’Reardon: Yes, a potential confound here is whether the initial trial was of adequate dose and duration. If the initial trial is too short then the addition of an augmentation agent may not outperform the effect of just having a longer duration on the initial treatment plus placebo. The Nierenberg study found that lithium addon to nortryptiline was ineffective for patients with multiple prior antidepressant failures. In the Fava study, lithium had about the same efficacy as pushing the existing dose of fluoxetine higher or addition of desipramine, but I would regard the lithium dosing here as fairly low (300-600 mg per day, mean level 0.37 mmol/l). Overall then, taking the data in totality, lithium still appears to be attractive choice for augmentation (albeit with less ease-of-use compared to some of the emerging strategies).

TCR: How do you typically dose lithium when you use it? And which formulation do you use?

Dr. O’Reardon: I prefer Eskalith CR, if possible, for tolerance and will start 450 mg as a single dose at night and then, if the patient is tolerating that after a week, I will go up to 900 mg and then get a blood level to confirm that the level is 0.6 or above–you do not necessarily need to get to the 0.8 to 1.0 range in the same way as is often the case in the treatment of bipolar disorder. Initially, lithium augmentation was thought to be efficacious in as little as one week, but now an adequate augmentation trial with lithium would be more like four weeks at blood levels of 0.6 and higher.

TCR: Of course, many clinicians are reluctant to go right to lithium because of the monitoring required.

Dr. O’Reardon: True, and I would say that a change in practice recently is that the atypical antipsychotics have become quite popular as augmentation strategies because they are easy to add on and generally require less monitoring in terms of blood work compared to lithium. Risperidone, olanzapine and ziprasidone now all have positive data in unipolar depression (however, note the recent FDA warning recommending surveillance of patients on atypical agents for risk of treatment-emergent diabetes). The risperidone data was open label and showed benefit at 0.5 mg to 1 mg QHS. The olanzapine data was placebo-controlled, with a modal dose of 10 mg QHS, and Ziprasidone has also shown benefit in patients who had previously failed an SSRI. Aside from ease of use, the other attractive thing about antipsychotics is that their speed of onset appears quite fast–in the case of olanzapine separation from placebo was detected as early as one week.

TCR: What about thyroid augmentation? It’s confusing because there are so many names that are thrown around: Cytomel, Synthroid, T3, T4…what do you actually write down on your prescription pad?

Dr. O’Reardon: I generally use T3, which is Cytomel, and I start at 25 mcg per day, with the usual dose range being 25-50 mcg per day. Synthroid is T4 and when the two have been compared, the response rate to T3 is about twice that of T4, so T3 is preferential for antidepressant effects. You should keep in mind that T3 has really only been systematically tested in combination with TCAs, so when we use T3 with SSRIs we don’t know from trials just how effective it is, but I believe from my clinical experience that that it works quite well.

TCR: What do you monitor when you use T3?

Dr. O’Reardon: The nice thing with T3 is you can get a “free T3″ blood level to see where you are in terms of how much you have raised the serum T3 level. You can titrate and go up to the top of the range or even a bit beyond such that the patient has to some degree a biochemical hyperthyroid state, but is not clinically hyperthyroid. It is generally quite well tolerated and it is one of those augmentations that you can add to any medication. For instance, we have combined it safely with MAOIs. A couple of caveats: You need to avoid T3 in patients with coronary artery disease or atrial fibrillation, and I would not use it for longer than one year in postmenopausal women unless they are on hormone replacement therapy because high thyroid long term may have an osteoporotic effect. But certainly it appears to be safe to use for six to twelve months even in postmenopausal woman.

TCR: You also mentioned buspirone, which seems to have the reputation of being a high-priced placebo among many clinicians these days.

Dr. O’Reardon: That’s true. buspirone is certainly under-utilized and under-respected. It is not a great anxiolytic agent by itself, but when added to antidepressants in treatment-resistant depression, particularly if there is prominent anxiety, you can actually get a very nice augmentation effect and there are several studies of buspirone suggesting efficacy, (also one or two negative ones), but it looks like if you go to the 30-60 mg range, you can get very nice augmentation results and sometimes an added benefit of reduction of sexual dysfunction.

TCR: Do you always dose it BID?

TCR: You also mentioned testosterone as an augmentation agent.

Dr. O’Reardon: Yes, there’s been some interest recently based on a positive, small (n=23), placebo-controlled study by Pope and colleagues. This involved males aged 35-65, with borderline low AM testosterone levels (< 350 ng/dl – normal range 270-1070). They received 1% testosterone gel, 10 g per day, and they improved significantly more than those on the placebo gel. Now, I have to confess that in the very small group (n=3) I have used it in so for, we have not had positive results. But the nice thing about this approach is that you have a blood level of testosterone to guide you at baseline as to whether your patient is a possible candidate, so you can decide rationally if it is appropriate.

TCR: What do we have left?

Dr. O’Reardon: We have odds and ends like folate and dopamine agonists. Folate is very easy to add on. It has been shown of some benefit in women who have treatment-resistant major depression (not in men, interestingly), at a dose of 0.5 mg per day And then there are dopamine agonists for residual symptoms of fatigue, apathy, anhedonia, with a potential side benefit of help with sexual dysfunction. Agents here include premipexole, amantadine, and pergolide. Our favorite amongst these is premipexole (Mirapex) in the range of 0.25 mg BID to 0.5 mg BID. It has been tested in depression in uncontrolled studies with quite good benefits and very few side effects.