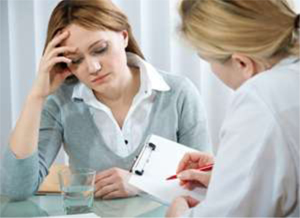 · Adding cognitive therapy to regular patient monitoring was no better at preventing the emergence of psychotic symptoms than monitoring alone.

· Note that cognitive therapy was associated with a reduction in the severity of psychotic symptoms in young people at high risk.

Adding cognitive therapy to regular patient monitoring was no better at preventing the emergence of psychotic symptoms than monitoring alone, researchers found.

It does, however, appear to lessen the severity of psychotic disorders in at-risk patients, Anthony Morrison, MD, of the University of Manchester in England, and colleagues, reported online in BMJ.

"A reduction in severity of psychotic symptoms is clearly desirable in young people at risk," they wrote. "The lack of an effect on transition to psychosis is, however, disappointing."

To test whether cognitive therapy could prevent a transition to psychosis in at-risk patients -- those with transient psychotic symptoms or family history of illness, for example -- Morrison and colleagues enrolled 288 patients, ages 14 to 35, at five U.K. centers.

About 67% of patients had at least one DSM-IV diagnosis at study entry, particularly major depressive disorder.

Half were assigned to cognitive therapy plus monitoring, the other half to monitoring only. Monitoring, however, was an "enhancement" over routine care, the researchers said, because it ensured patients had a general practitioner whom they could regularly contact.

Patients were followed for at least 12 months; those in the intervention group had mean of about 9 sessions over six months, each lasting about an hour.

Morrison and colleagues found that the overall rate of transition to psychosis was lower than expected at 8% (proportional odds ratio 0.73, 95% CI 0.32 to 1.68), which potentially contributed to the study being underpowered to detect a difference between groups, they wrote.

Fewer patients who had cognitive therapy made the defined transition to psychosis, but there was no significant difference between groups (6.9% versus 9%).

There were no differences between groups, however, in terms of functioning, depression, social anxiety, or quality of life, the researchers reported.

They said the findings are similar to those of other trials of at-risk patients, which found that symptom severity could be reduced, but not transition to psychosis during a similar intervention period.

Still, it's possible that the therapeutic effects of monitoring were more beneficial because it "provided regular contact with nonjudgmental, warm, empathic, and accepting individuals," they wrote.

The study had some limitations including missing data. Also, 29 potential participants were excluded because they may have under-reported their risk level at baseline, but showed psychotic experiences consistent with transition at the second baseline assessment.

"We may have excluded those participants at highest risk of immediate transition, which would adversely affect the statistical power of the trial," the authors explained.

While they failed to show a statistically significant effect of the intervention, the authors said that the beneficial effect of the cognitive therapy on transition rate could not be ruled out.

Morrison and colleagues also noted that the findings imply the at-risk mental state paradigm may need updating. It "has been of great benefit in developing thinking about prevention, but these data suggest it needs further research and refinement," they wrote.

They also called for future research examining developmental processes involved in the transition to psychosis, as well as resilience in at-risk patients.

The study was supported by the Medical Research Council and Department of Health.

The researchers reported no conflicts of interest.