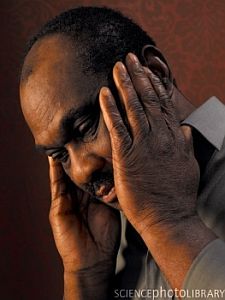 For older African-American patients, home-based depression treatment reduces the severity of symptoms, increases knowledge about depression, and enhances quality of life, according to a new study.

The home-care patients also had significantly improved quality of life and lowered anxiety versus those who had not yet received the intervention, said Laura Gitlin, Ph.D., of Johns Hopkins University School of Nursing, and colleagues.

Depression is common and has “debilitating consequences” in older patients, said the researchers, and the condition is both under-recognized and undertreated in primary care settings among older African-American patients, compared to white patients of the same age.

White patients are more likely to receive standard depression care, psychotherapy, or other guideline treatments; however, black patients may experience a lack of access to care and more stigma associated with treatment.

For the study, researchers wanted to see if a home-based, social worker-delivered intervention—which they titled “Beat the Blues”—would help reduce depressive symptoms in a group of 208 African-Americans ages 55 and older who were either randomized to treatment or to a wait list for treatment.

Those in the intervention group received up to 10 one-hour sessions per week during the first four months, and biweekly after that period. During the intervention, social workers offered referrals to social and medical services, educated patients about depression through symptom recognition, taught stress reduction techniques, and also helped patients identify personal goals and make plans to accomplish them.

Control patients on the wait list received no study-based care during the four-month study period, though they were offered the at-home intervention after four months.

Participants had a mean age of 69.6; most were women (78.4 percent) and unemployed (90.9 percent). Most were also unmarried, lived alone, had some financial difficulty and had no more than a high school education.

Most of the patients had high blood pressure, arthritis, and high cholesterol; diabetes was also common. Roughly one in five were taking antidepressants (19.3 percent) or anti-anxiety drugs (17 percent).

After eight months, patients in the control group who had received at-home treatment “showed benefits … that were similar to the adjusted benefits from the initial treatment group.”

Furthermore, among those who received treatment in the first 4 months of the study, 68.6 percent were still in remission at eight months’ follow-up.

The authors noted that the study was limited by its use of a single-center, self-reported outcomes, a small study sample, a small number of male participants and use of a single minority group.