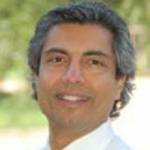 Question:
"In view of the specific structural and neuroendocrine changes now known to occur in schizophrenia, is there  any  role for therapy—such as cognitive therapy or cognitive enhancement therapy?"

Your excellent question immediately reveals two issues. First, and you are correct, we now have a tremendous amount of information that establishes schizophrenia’s structural and neuroendocrine impact on the patient’s brain and body. 1-6  The body’s inflammatory chemokine system is also dysregulated, raising concerns about the long-term impact on morbidity and mortality in these patients.

The second issue is that, unintentionally, you are revealing a bias many of us suffer from—that if a disorder has a biological “signature” (such as structural and neuroendocrine changes), then a mere “psychological” intervention such as cognitive therapy would have no or diminished role in helping patients.

This bias, which truly is widely held, deserves to be debunked. It is incumbent upon us clinicians to not see cognitive therapy as merely a psychological intervention that could not possibly have an impact on predominantly biological disorders such as schizophrenia. To dispel this bias, we must first closely examine the data at hand regarding cognitive therapy and cognitive enhancement therapy in patients afflicted with schizophrenia.

Let’s start this conversation by first acknowledging two salient and well established facts. Schizophrenia does indeed have a well-known, and often replicated, evidence base for structural changes in various parts of the brain, as well as neuroendocrine changes that adversely affect them. Secondly, tremendous strides have been made in the development of antipsychotics, and multiple atypical antipsychotics have recently been introduced thereby bringing an ever-improving balance between efficacy and tolerability. However, despite these advances, the lives of patients with schizophrenia remain significantly impaired and bio-psycho-social (all three) interventions are needed for optimized recovery.

Now, let’s turn our attention to the evidence at hand regarding cognitive therapy’s impact on patients with schizophrenia.

Now you see why I worry that ignoring nonpharmacologic therapies may be detrimental to our patients’ long-term outcomes?

Another question to ask: Do cognitive-based therapies help with acute reduction of symptoms or do they help with relapse prevention? The answer appears to be  both . A recent study revealed that cognitive behaviorally based therapy did indeed significantly reduce relapse rates as compared to treatment as usual. This is one more feather in the cap for add-on cognitive therapy to antipsychotic medications!

Is the combination of antipsychotics with cognitive therapies superior to just antipsychotics alone? The answer, based on empirical studies, appears to be yes, thereby adding another weapon to our armamentarium against this savage disease.

A survey of clinical practices reveals that clinicians in the United States appear to have a greater bias against cognitive therapy’s usefulness in schizophrenia than our European colleagues. This bias is damaging to our patients, and we must confront it. I encourage you to further read on the issue of nonpharmacologic augmentation of medication treatment in schizophrenia, and I recommend the following review articles for a more detailed examination of cognitive therapies in schizophrenia.

In closing, I would like to make the following points:

I close this Q&A by thanking you for your question, and inviting comments from our readers of the Community Forum.
—Rakesh Jain, MD, MPH