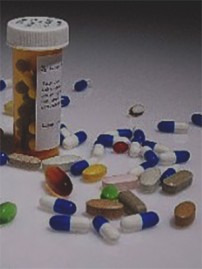 New research discovers that combining St. John’s wort, the leading complementary and alternative treatment for depression in the United States, with commonly prescribed drugs, can lead to dangerous side effects.

Wake Forest Baptist Medical Center investigators report that the herbal supplement can reduce the concentration of numerous drugs in the body, including oral contraceptive, blood thinners, cancer chemotherapy, and blood pressure medications. Such dilution can result in impaired effectiveness and treatment failure.

“Patients may have a false sense of safety with so-called ‘natural’ treatments like St. John’s wort,” said Sarah Taylor, M.D., lead author of the study. “And it is crucial for physicians to know the dangers of ‘natural’ treatments and to communicate the risks to patients effectively.”

The study is published in the current online issue of The Journal of Alternative and Complementary Medicine.

To determine how often S. John’s wort (SJW) was being prescribed or taken with other medications, the team conducted a retrospective analysis of nationally representative data collected by the National Ambulatory Medical Care Survey from 1993 to 2010.

The research team found the use of SJW in potentially harmful combinations in 28 percent of the cases reviewed.

“Possible drug interactions can include serotonin syndrome, a potentially fatal condition that causes high levels of the chemical serotonin to accumulate in your body, heart disease due to impaired efficacy of blood pressure medications, or unplanned pregnancy due to contraceptive failure,” Taylor said.

The study does have limitations as only medications recorded by the physician were analyzed. “Nevertheless,” Taylor said “the rate of SJW interactions may actually be underestimated because the database did not include patients who were using SJW but did not tell their doctor.”

“Doctors also need to be trained to always ask if the patient is taking any supplements, vitamins, minerals, or herbs, especially before prescribing any of the common drugs that might interact with St. John’s wort.”