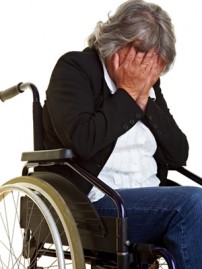 Grief affects people over the age of 65 more severely, weakening their immune systems and making infection more likely, according to a new study by researchers at the University of Birmingham (UB) in the UK. This may explain why some grieving elderly people literally die of a broken heart.

The study, published in the journalImmunity & Ageing, involved adults struggling with the loss of a spouse or close family member. The research is the first to compare the connection between stress hormones and immune function in people of different ages.

“Cortisol is known to suppress elements of the immune system during times of high stress, so having an unbalanced ratio of cortisol and DHEAS is going to affect how able we are to ward off illness and infection when grieving,” said study co-author Dr. Janet Lord, a professor of immune cell biology at the University of Birmingham.

And yet, cortisol “is also incredibly useful — particularly in activating some anti-stress and anti-inflammation pathways — so it’s not as simple as trying to suppress the cortisol in vulnerable people,” said Lord.

For the study, researchers analyzed a type of white blood cell known as a neutrophil, which plays a significant role in warding off any infections that could lead to serious illnesses, such as pneumonia, which often takes the lives of older, grieving people. In older people, neutrophil was less capable of killing harmful bacteria, while the neutrophil of grieving younger people appeared more rigorous.

In younger people the proportion of cortisol and DHEAS remained balanced after the death of a loved one, while in elderly individuals the levels of cortisol were relatively high compared to the low levels of DHEAS. DHEAS is known to counteract the harmful effects of cortisol in times of stress and protect the immune system. Its level declines with age.

Scientists note that other elements of the immune system might also be affected by the stress of grief, including T-cells and “natural killer cells”, which are important for fighting viral infections and cancer.

Potential treatments for those at increased risk of stress are hormonal supplements and similar products, said the researchers.