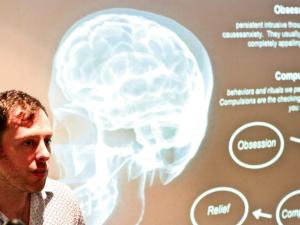 Cape Town - Untreated mental disorders cost our economy more than R35 billion in lost working days every year, with one in six South Africans suffering from severe depression or some form of mental disorder within their lifetime.

And Professor Crick Lund, from UCT’s psychiatry and mental health department, warned that the cost of not treating these types of illnesses was far higher than simply dealing with them.

Lund was speaking at the Mental Health Matters Summit, hosted by the South African Depression and Anxiety Group, held at the UCT Lung Institute on Thursday.

Lund said the South African Stress and Health study, done in 2005, estimated that South Africa lost an average of R35.5 billion a year as a result of untreated mental illness.

“A person with a mental disorder will miss about 27 working days per year. This translates to the economy losing about R53 347 a year. In contrast, the national health department spent R622m on mental health care in 2005 and not much has improved since then. We still have major shortages in facilities and staff trained to treat mental disorders,” he said.

The economic value lost to mental disorders each year is about 2.2 percent of South Africa’s gross domestic product.

Lund said the study was undertaken in order to better understand mental disorders and their effect on society.

“We tried appealing for more funding and resources through normal methods, but demonstrating the cost of not attending to the problem is seemingly the most effective.”

The study also looked at the link between depression and poverty. Lund said the aim was to examine whether depression led to poverty, or poverty led to depression.

South Africans, especially those in townships, dealt with depression very differently. Most people suffering from depression would turn to churches or mosques for support, but a large number of sufferers turned to drug and alcohol abuse. This had led to the widespread arrest of habitual drug users with no solution in sight.

Lund applauded the drug model set by Portugal. To counter a heroin epidemic in the 1990s, Portugal decriminalised drugs and began treating addiction as a health problem, rather than a criminal one. The solution not only stabilised the use of drugs, but made significant savings with the courts and prisons no longer filled with habitual drug users.

Professor Stefan Hofman, from Boston University, was the international guest lecturer at the summit. He said that while following World Health Organisation guidelines on mental illness was a good option, they failed to factor in cultural beliefs.