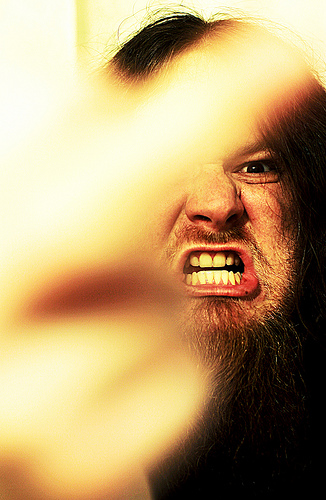 Is your child/teen a bully? During most psychiatric assessments, for admission into a mental health agency, a question of this nature is often asked to parents, families, and caregivers. This question is also posed to schools, family friends or extended family members, and previous psychiatric agencies in which the person has received care. The purpose of such a question is to weed out whether or not an individual’s mental health or behavioral challenges are due to undercurrent anger, a history of being abused or bullied, or to examine if the person needs certain medications to reduce irritability or stabilize mood. For many parents of children and teens with anger management difficulties, oppositional behaviors, or conduct problems, to be asked such a question can quickly end the assessment or evoke levels of defensiveness that impede the rest of the assessment process. Interestingly, most parents become defensive and would rather not consider their child a bully. This article will examine reasons for bullying behaviors or anger management problems and highlight clues that perhaps your child or teen is bullying others.

About 3.2 million kids and teens are bullied each year by someone with anger management problems, with about 160,000 skipping school each day to avoid it, according to DoSomething.org. What is very frightening for mental health professionals who work in schools is that we know that 75% of school shootings occur because of harassment and bullying. Bullying behaviors are very difficult for most of us to live with. It is not always easy trying to cope with being bullied. For many of us adults, we struggle with other adults who clearly have anger management problems in our neighborhoods, the workplace, on the road or highway, in the grocery store, in the gas station, in a movie theater, in a salon, and many other places we love to go. For many adults who struggle with controlling their anger impulses, the right amount of attention from professionals and the appropriate levels of coping skills were never sought. Adults who struggle with controlling anger are very much little children still struggling with emotion regulation and distress tolerance. But this doesn’t make things any easier for many of us. Bullying comes in all shapes and sizes so to speak and affects many of us emotionally, psychologically, and even physically. Having to face a workplace bully every single day can incite insomnia, anxiety, and even depression. Having to face “highway bullies” every day going to work can also create anxiety that’s hard to control. Bullying affects us all. For children and teens, bullying can be very insidious and difficult for adults to pinpoint. With our technological advances, it is even more difficult to keep up with what our kids are doing today. As a therapist working with many kids and teens, I find that I know very little when I sit and have a conversation about technology with a 9-year-old! So it’s important to understand what forms of bullying there are:

Can you imagine how difficult it can be to monitor your child’s activities online? Think about it. There is Twitter, Facebook, Myspace, LinkedIn, Pinterest, Tumbler, Instagram, Flickr, Vine, Meetup, Tagged, about.com, and many other sites. It’s almost impossible to keep up and kids know this. This is only part of the battle.

Sadly, many parents struggle with the reality that their own child or teen could be bullying someone on a daily basis, throwing around his or her weight, and harassing someone who doesn’t deserve it. As a therapist, I’ve made my fair share of calls to parents, when I did work in schools, after counseling a child who admitted to bullying another child (often younger or with a special need or mental health challenge). It’s a difficult phone call to make because parents become defensive, angry, or simply go into denial and look for excuses or reasons why they disagree that their child is a bully. But the truth is that many kids with mental health and behavioral problems such as oppositional defiant disorder (ODD), ADHD, and conduct disorder (CD) are often perpetrators of bullying. The reasons for this is unknown but some research points to the following as being contributing factors:

There are many signs for parents to consider when they are questioning their child’s behaviors or are told that their child might be a bully. While it can be very difficult to pinpoint who the true victim is in a situation where two people are not getting along, it’s important that parents accept the reality that their child could be struggling with appropriate boundaries in social relationships. Some kids require more education than others when it comes to respecting others, especially if the child/teen has struggled with behavioral or mental health challenges, trauma, or other severe barriers to proper development.  If you have a child or know a child or teen who is struggling with controlling anger or emotions, there are 3 things you can do:

As always, I wish you well 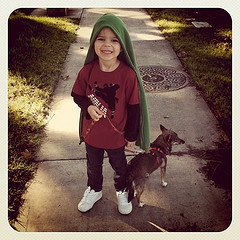