'There has been progress, but it's still not the norm for pediatricians to screen for postpartum depression.' 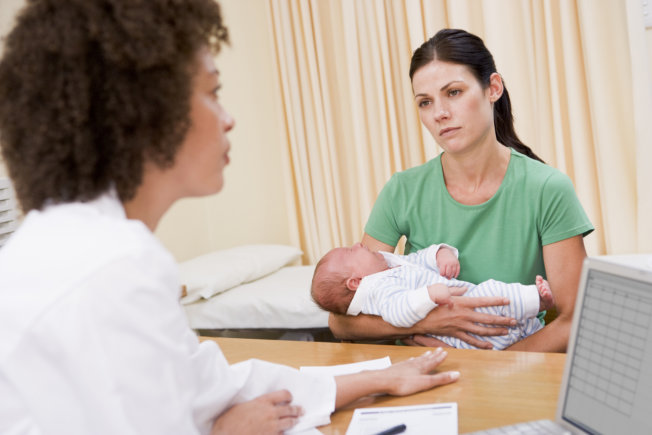 More pediatricians are screening for postpartum depression, but it is still one of the most undiagnosed conditions among women who have recently given birth.

Pediatric health care providers are playing an expanded role in screening new mothers for postpartum depression – a move experts believe could significantly impact the physical and mental well-being of infants.

"The goal is to identify mothers who have or are at-risk for postpartum depression and connect them to community mental health providers and resources," says Dr. Marian Earls, director of pediatric programs at Community Care of North Carolina in Raleigh and author of an American Academy of Pediatrics clinical report on the subject.

Yet despite these gains, postpartum depression remains one of the most undiagnosed conditions among women who have recently given birth.

"There has been progress, but it's still not the norm for pediatricians to screen for postpartum depression," says Dr. Catherine Wiley, medical director of the primary care clinic at Connecticut Children's Medical Center in Hartford.

Beyond the Baby Blues

Ten to 20 percent of the approximately 4 million women who give birth each year in the U.S. experience postpartum depression that can interfere with early parenting, according to the International Journal of Mental Health Promotion. Yet research shows that fewer than half of all affected mothers receive a mental health diagnosis, and only 15 percent of those who do receive a diagnosis seek mental health services.

"Many new mothers struggle with postpartum depression, yet few women receive the support and treatment they need to get better so they can provide a nurturing environment for their children," says Lisa Honigfeld, vice president for health initiatives at the Child Health and Development Institute in Farmington, Connecticut.

Postpartum depression differs from the "baby blues," which many women experience shortly after giving birth. "It's not uncommon for women to be tearful or a little anxious the first couple of weeks," Earls says. "The important thing is to support and monitor moms so they do not experience impaired function."

But unlike the transient baby blues, postpartum depression that goes untreated can impede an infant's cognitive, social, physical and emotional development.

"There has been an explosion of research in recent years about the impact of maternal depression on early brain development," Earls says. Some research shows that the absence of a healthy mother-baby relationship can impact brain formation and growth.

In contrast, new mothers visit the pediatrician's office numerous times during their baby's first six months of life. "We know there are several peak times when postpartum depression is likely to appear – at six weeks, two to three months and six months of age. We're seeing women during those peak times," Wiley says.

Wiley is among a growing number of Connecticut pediatric care providers who are routinely screening for postpartum depression. Screening rates in the state nearly tripled in the past year thanks to stepped up financial and training efforts. In 2013, Medicaid approved reimbursement for pediatric providers to screen mothers as part of well-child visits and commercial insurers followed their lead. Meantime, CHDI has provided free training to 136 pediatric health providers to address postpartum depression. The state also has an extensive network of public and private mental health services.

Connecticut's success underscores the need for states to build an infrastructure that supports pediatric care providers who want to screen new mothers for postpartum depression, Hongifeld says. "There's more to it than just passing legislation," she says. Most importantly, pediatric care providers need access to a network of resources they can refer women to before they begin screening for postpartum depression.

In most cases, mothers appreciate being asked about postpartum depression even if they don't have symptoms, Earls says. "Screening reflects the caring that a pediatric care provider has for the child and the family," she says.