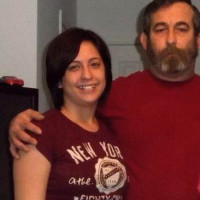 My father battled depression his entire life but two years ago he suffered a debilitating setback. My mother took him to the local hospital to get help. He stayed for a few days and did very well while he was there. He loved the staff and talked about them for days afterward.

A few weeks later, my dad’s depression worsened. My mother decided to take him to a bigger hospital because they had a psychiatric unit. She thought they would be more help than our local hospital. I went with them to offer my support.

In the hospital emergency department, the doctors and nurses asked if he wanted to harm himself or others. They only seemed interested in whether or not he was going to put anyone else at risk. They did ask about his medications and made sure he was physically comfortable. It bothered me, though, that their behavior made it seem like it was not an emergency situation. They did not bring in a psychiatrist to evaluate him, and my father was not receiving care from a psychiatrist of his own. They sent him away after about three hours. Given the choice, he definitely would have stayed there.

Leaving the hospital was the beginning of the end for my father. He took his own life just days later.

I’ll never understand how the people at the hospital could just ignore the pleas from family members. My mother had taken the nurse aside to tell her how my father had been talking about taking his life. The nurse told my mom, “If he is going to do it, he will and there is nothing you can do to stop it.” It was extremely frustrating that the hospital staff could see our family’s distress, but made little to no effort to take our observations into account. I wish now that we hadn’t let them just turn him away. Maybe we could have pushed back a little harder or taken him elsewhere.

Tap into resources before the emergency

I’ve realized that it’s just as important to know what to do to get help as it is to know the signs of suicide. If, prior to his suicide, I had found the resources that I have now, maybe I could have found him more help. It would have been great to know that the county I live in has a suicide prevention program and they dispatch a bus to deal with psychiatric crises. Since I lost my dad, I’ve been able to direct friends to them for help. I also had no idea about the suicide prevention lifeline nor the many Facebook pages and websites that are there to help families and people who are suffering.

I decided to share this story because I want to draw attention to issues in the mental health system. Not all hospitals are bad, but it is important to push for the best care possible for your family members. I also want to make sure that people never give up hope. If you find yourself in a situation like mine, please remember this information.

The best thing is to make a plan in advance, when your loved one is stable and everyone is able to think clearly. Learn about the services and facilities in your area. There might be an emergency services program that can send out a crisis team; or alternatives to emergency departments that would be helpful; or some nearby hospitals that are better equipped for psychiatric emergencies than others. If the person owns a firearm, collaborate on a plan for safe storage of that firearm, should the owner become suicidal. Knowing what to do before the situation reaches crisis proportions can save your loved one’s life.