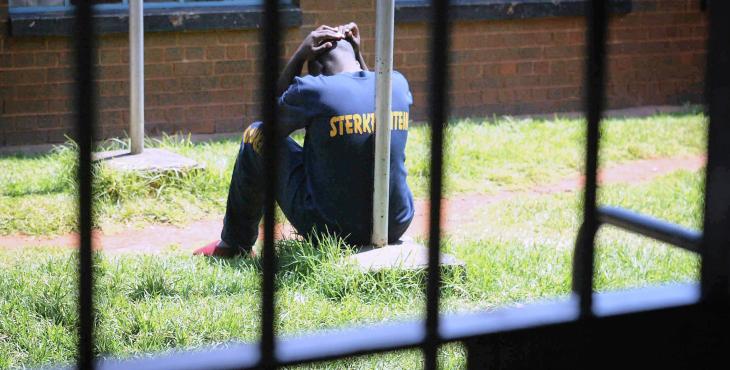 Johannesburg - Backlogs at Gauteng’s psychiatric hospitals are delaying court cases as inmates in need of treatment wait up to a year for assessment.

“Despite our endeavours to reduce the backlog, it keeps on increasing,” according to Gauteng Department of Health spokesman Steve Mabona.

He said 166 male patients had been awaiting mental evaluation at Sterkfontein since August last year, and attributed this to the high and increasing rate of referrals from the courts.

“Due to high volumes of referrals from the courts, the remand detainees experience long waiting periods before Sterkfontein Psychiatric Hospital has a bed available for admission for mental observation,” he said.

Awaiting-trial prisoners on the waiting list include Carlos Higuera, accused of killing Chumani Nqakula, the son of Defence Minister Nosiviwe Mapisa-Nqakula, and who has claimed to be mentally unstable.

Higuera and Chumani, who is also the son of Charles Nqakula, a former minister of defence and currently South Africa’s high commissioner to Mozambique, were involved in a scuffle at a house in Bezuidenhout Valley, Joburg, in October last year.

His lawyer and father have since told the Johannesburg Magistrate’s Court he had been diagnosed with schizophrenia after the deaths of his mother and girlfriend in 2010.

So magistrate Albertus Roux ordered that Higuera be referred to Sterkfontein for mental observation.

But two months later, he is still waiting for a bed there. This has delayed the case, and Higuera has been in custody since his arrest three months ago.

The matter is expected back in court in March.

“Higuera is 157th on the waiting list for admission, which means it could take more than a year before he is admitted and evaluated for trial,” said Bloom.

Provincial documents show that Sterkfontein, in Krugersdorp, has an annual budget of R282.6 million, including an increase of about R11m in the mid-year adjustments.

Nearly R200m of this is spent on paying staff, leaving little to run the hospital. In the mid-year adjustments, officials more than halved the capital budget from R22.6m to R10.3m, and added R26m to the goods and services budget.

“Sterkfontein accommodates patients from a catchment area of about 7.1 million people, as it serves the West Rand, Ekurhuleni and the City of Joburg and is also a referral centre for district, regional and central hospitals in southern Gauteng and parts of North West,” Mabona pointed out.

Staffing gaps are being addressed, he said, and since August, 31 of the 40 vacancies at Sterkfontein had been filled.

“The hospital has seven psychologist positions which were filled before August 2015. The six professional nurse posts that were vacant were filled by the end of September, while the six nursing assistant posts were filled in October last year.”

Despite the progress of the past five months, Mabona admitted that backlogs were still a challenge.

“The backlogs put more demands on our resources and a strain on inter-sectoral collaboration between the department and the justice system.”