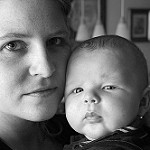 All adults should receive regular screenings for depression, according to a panel of experts. The panel notes that pregnant women should be a top priority for such screenings.

The U.S. Preventive Services Task Force concluded, in an update of its depression screening guidelines, that primary doctors should not only regularly screen for depression but also follow up on such screenings. This is the first time that the panel advocated screening specifically for pregnant women and for mothers who have just given birth.

The American College of Obstetricians and Gynecologists backed the recommendation. “Because fewer than 20 percent of women in whom perinatal depression is diagnosed self-report their symptoms, routine screening by physicians is important for ensuring appropriate follow-up and treatment,” said ACOG president Dr. Mark DeFrancesco.

I have treated mothers who suffered from postpartum depression and expressed that depression, unwittingly, toward their babies. The depression can last anywhere from a week or two to several months or even longer. Such mothers are often caught up in bad situations—a bad marriage with a neglectful or otherwise abusive husband or a boyfriend who abandons them after they become pregnant. Sometimes they have conflicts about pregnancy that go back to traumatic happenings in their own childhoods.

Postpartum depression can cause women to stay in bed for days and weeks because they develop a “what’s the use?” attitude. Often they have negative feelings about pregnancy and about their babies. They don’t provide their babies with the comforting they need and when they do pick up their infant it is often briefly and with a tone of resentment. Infants feel this tone and, as was noted by the ACOG, show signs of developmental arrests later.

Most people with depression, as the above panel pointed out, do not report it to a doctor. They may not report it because they don’t recognize it as depression, because they are ashamed to report it, or because they minimize it and believe it is just a brief phase they are going through. There was a pop song in the 1970s with the line, “Been down so long it feels like up to me.” It is a human tendency to deny the severity of one’s own problems. In the case of mothers, as I previously noted, only 20% of them report their depression. It is important for mothers to report their depression and for doctors to look for it, since it can have severe effects on their children.

There are a number of ways a doctor can easily screen a patient for depression. One is simply to observe the patient while in the office. Another is to inquire about a patient’s history and present mood. A popular formal test is the Patient Health Questionnaire, which a doctor can give to a patient in a few minutes. It consists of ten questions about the patient’s emotional state of health. If the doctor sees any sign of depression, he should refer the patient to a psychiatrist or psychologist.

In some cases the depression might not be obvious to the doctor or the patient. In some cases patients may only notice physical symptoms like sleep problems, stomach pain or headaches. All of these can be symptoms of depression as well.

According to Michael Thase, a professor of psychiatry at the University of Pennsylvania Perelman School of Medicine, “At any given time, between 5 percent and 10 percent of U.S. adults suffer from a [major] depressive disorder, but half receive no treatment for their depression. He emphasized the importance of getting proper treatment.

In severe cases patients can be treated with medication. In milder cases, they might best benefit from some form of psychotherapy. Psychodynamic therapies such as psychoanalytic therapy have historically been successful with depression, as they allow the patient to talk through traumas, such as the death of a loved one, which may have become causal agents of the depression. Cognitive-behavioral therapy might also be helpful in understanding how the depression is affecting one’s thought process, attitude, and habits. Physical therapies such as bioenergetics or EMDR can have a direct effect on the patient’s emotions.

One of the problems we sometimes face in doing therapy with depressed people is that they are likely to be resistant to treatment. This is because of a common aspect of depression, an attitude that might be put into the words, “Leave me alone.” When in psychotherapy, such a patient may want to be left alone by the therapist.

Primary doctors may react to this attitude by doing just what the patient seems to want: he leaves the patient alone, in an attempt not to hurt his or her feelings. But sometimes hurting people’s feelings is necessary if they are to snap out of their doldrums and take those first few steps toward health.