By Damon Tweedy - Damon Tweedy, M.D. is an assistant professor of psychiatry at Duke University Medical Center and author of “Black Man in a White Coat: A Doctor’s Reflections on Race and Medicine.”

Each mass shooting in America generates the same stereotyped response from the public: fear, horror and endless discussion about how we can prevent this from happening again. The debate about gun control as a solution has gone nowhere; thus, many advocates have turned to mental health reform on the presumption that the shooters — regardless of their varied motivations — are all mentally ill to a significant degree. Shifting the focus in this direction appears to have bipartisan appeal. After all, who would argue with the notion that people with severe mental illness need quick access to quality care? The problem arises, however, when people deemed mentally ill do not want treatment, and society must decide whether to force it upon them.

That tension is the subject of “Committed: The Battle Over Involuntary Psychiatric Care” by Dinah Miller and Annette Hanson, two psychiatrists affiliated with the Johns Hopkins School of Medicine. Miller and Hanson have written extensively about their field as co-authors of a popular blog called Shrink Rap and in a book of the same name. Here, they explore forced psychiatric care, perhaps the most polarizing aspect of a controversial profession. The result is a highly informative and surprisingly balanced book that should be read by anyone with a personal or professional stake in how the mental health system provides care to those with chronic severe illnesses and those in acute crisis.

Miller and Hanson cover a lot of ground in their examination of forced treatment. They begin on a personal note by introducing us to Eleanor and Lily, two women who surface throughout the book. Both were involuntarily hospitalized many years ago and now have opposing positions on the long-term effects of their experiences. We then meet leading mental health professionals and advocacy organizations with radically different perspectives on this issue. Those favoring less legal restriction on forced psychiatric treatment assert that involuntary care is often essential and can be an instrument for good, for both the patient and society. On the other end, the authors speak with groups who oppose involuntary treatment, some on the basis of civil rights laws and others who argue that the very foundation of psychiatric treatment (especially medication) is harmful. On both sides of the issue, Miller and Hanson found that “not everyone was open to the concept of dialogue.”

A tough choice between these opposing positions becomes even more difficult in the absence of good information. As the authors amply document, while our government collects data on literally thousands of topics, it maintains no national database on the number of people who are committed against their will to psychiatric facilities each year. Even worse, many states don’t track their own commitment data. As the authors note, “Given the loss of liberty, the personal distress, and the stigma involved, this lack of data is astounding.” 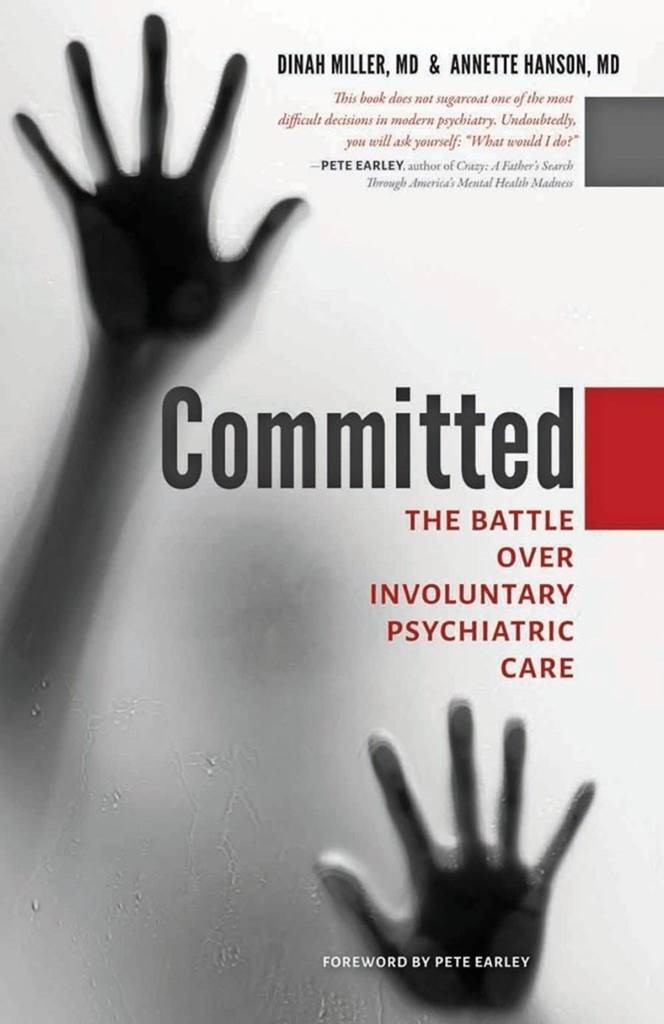 Miller and Hanson take us on a journey across America, where we witness significant variability in how states approach the issue of forced care. In some states, patients must be deemed imminently dangerous to themselves or others (i.e. high risk for suicide or homicide) for forced treatment, while in other states an inability to provide for basic needs due to mental illness is sufficient. The process of commitment also differs. California, for instance, does not require a formal psychiatric evaluation before patients can be involuntarily admitted to a psychiatric hospital, while in Maryland an evaluation must be done before admission and requires the input of two physicians or psychologists. Until recently, doctors in Virginia could not use the input of family members in assessing a person’s potential dangerousness.

Another important aspect of forced care is how these patients intersect with law enforcement and the criminal justice system. Because of widespread shortcomings of mental health services, large numbers of individuals with severe mental illness find themselves in a legal system ill-suited to address their needs. To that end, the authors devote separate chapters to crisis-intervention teams — police officers trained to recognize and respond to people with acute psychiatric needs — and to mental health courts, which are designed to keep people out of jail and prisons and ensure that they receive mental health care. In providing examples of local success stories, the authors make a compelling case that expansion of crisis-intervention teams and mental health courts on a larger scale could result in more compassionate care and potentially reduce the need for involuntary treatment.

Although “Committed” explores a complex subject, Miller and Hanson make a great effort to humanize this discussion. In each section, they introduce us to individuals — patients, family members, advocates, lawmakers, emergency-room doctors, psychiatrists, police officers and judges — involved in some aspect of forced treatment. The stories of Eleanor and Lily, both of whom had forced hospitalizations more than a decade before, are the most memorable. While Eleanor has been stable for a long time now, she continues to believe that her experience being locked in a seclusion room and injected with psychiatric medication caused her permanent psychological harm. Lily, in contrast, thinks the process of forced care was beneficial because she received treatment she would otherwise have refused and was able to get on a path toward emotional stability that had eluded her for many years.

Their stories, and those of others in the book, raise a crucial question: For society at large, is forced treatment helpful or harmful? Amazingly, the authors found no research in this area and are left to conclude, “We don’t know if committing people to the hospital prevents suicide and homicide or drives people away from getting care in the future, perhaps leaving them even more vulnerable.” Even if this question could somehow be definitively answered on a global scale, the lessons from Eleanor and Lily remind us of how individualized mental health outcomes often are.

This uncertainty leads back to the initial question of preventing violence (both homicide and suicide). The authors briefly mention gun control here, arguing that gun restrictions should not target those who simply have a mental health diagnosis. Instead, they believe the focus should be on those with a history of violent behavior (including domestic violence), previous suicide attempts, or severe alcohol or drug-abuse issues. Miller and Hanson are highly skeptical that widespread forced treatment could prevent large-scale violence and argue for involuntary care as a last resort when it is the only way to treat a person who is dangerous or tormented.

Finally, they ponder whether the greater problem in America surrounding treating potentially dangerous people is our troubling inability to provide quality care to those who seek it voluntarily.