Scores of mentally ill patients are not accessing appropriate care due to lack of adequate state funding, writes Tamar Kahn 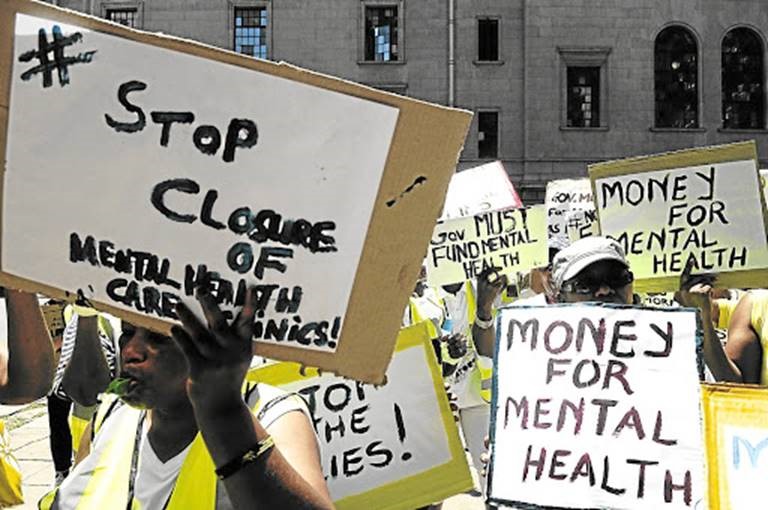 Underfunded: Only 4% of the health budget goes towards mental health, says the South African Depression and Anxiety Group. Picture: SOWETAN

Mental illness is often described as the Cinderella of healthcare: neglected, shamed and starved of attention. Nowhere is that more true than in SA, where rich and poor struggle to get the care they need.

The starkest example is the Gauteng health department’s shameful transfer of psychiatric patients from Life Esidimeni hospital to ill-equipped non-governmental organisations in 2016, in an apparent attempt to cut costs. That decision led to the deaths of 94 patients due to hunger, dehydration and neglect — some within days of having been moved.

There are gaping holes in the safety net for people with mental health conditions, ranging from substance abuse and anxiety to severe illnesses, such as bipolar disorder and schizophrenia.

There is little data on mental health in SA, but it is clear millions of people are struggling with an invisible burden that takes a toll on their families, the economy and society.

The only nationally representative survey of mental illness — the South African Stress and Health (Sash) study — was conducted between 2002 and 2004, and showed that 16.5% of respondents had a mental disorder in the past 12 months.

Further research has shown that only a quarter of people with a mental illness receive any form of treatment or care, says Crick Lund, director of the
Alan J Flisher Centre for Public Mental Health at the University of Cape Town.

The Sash study illustrated the economic cost of mental illness: lost earnings among adults with severe mental illness over 12 months amounted to R28.8bn — 2.2% of GDP — in 2002, a figure that dwarfed the R472m allocated to direct spending on mental healthcare, according to the government’s strategic plan for mental health.

Despite the well-established fact that it costs more to ignore mental illness than to treat it, it remains low on the government’s spending priorities. Only 4% of the health budget goes towards mental health, partly because allocations are determined by provincial health departments, says the South African Depression and Anxiety Group (Sadag).

It estimates the number of people suffering from depression or anxiety increased 50% between 1990 and 2013, from 416-million to 615-million.

Little research funding is directed to mental health in SA, but the country’s largest open medical scheme, Discovery Health Medical Scheme, has recorded a slow but steady increase in the prevalence of depression and bipolar disorder in the four years to October 2016, suggesting SA is in line with the global trend.

The proportion of beneficiaries with depression rose from 4.4% in 2013 to 4.9% in 2016, while the prevalence of bipolar mood disorder rose from 1.06% to 1.16% over the same period, according to Discovery figures.

The problems of mental health patients are made worse by the state sector’s staffing problems.

The health department says it does not have readily available data from the provinces on state-employed psychiatrists and psychologists.

The latest available figures are from July 2014, when Health Minister Aaron Motsoaledi revealed in a response to a parliamentary question from the DA that the nine provinces employed only 207 psychiatrists and 364 psychologists — and about a third of available posts were not filled.

In 2014, fewer than 600 specialists were expected to serve an estimated 45-million South Africans who did not have access to medical schemes.

The highest vacancy rates were in Limpopo, where three-quarters of the psychiatry positions and almost 90% of the clinical psychologist positions were not filled.

The situation is unlikely to have improved since then, given the funding pressures on provincial health departments.

Bed occupancy rates provide an indicator of how well facilities cope with the demands placed upon them and available data on the public sector does not paint a pretty picture.

At many specialist psychiatric hospitals, occupancy rates climbed steadily in the two years to January 2016, and almost half of them were more than 80% full, according to Motsoaledi’s response to questions posed by the DA’s spokesman on health, Wilmot James.

Several facilities — including Valkenberg in the Western Cape and Hayani Hospital in Limpopo — reported occupancy rates more than 100% in 2016, suggesting severe overcrowding.

Frans Korb, a Johannesburg psychiatrist in private practice who also works at a Life Esidimeni facility in Mpumalanga, which cares for chronic state mental patients, describes the frustrations of trying to ensure patients get the care they need once they are discharged.

"I write a one-page summary for the clinic, but most of the fax machines don’t work or are stolen, or there is no fax paper, or the lines don’t work because the Telkom bill hasn’t been paid. So you give the paper to the patient who is mentally ill and they lose it," he says.

Even if the correct information is relayed to clinics, they often run out of medicines and patients are sent away empty-handed or with only some of the drugs they need, Korb says.

Mpumalanga does not have any specialised state psychiatric hospitals and offers acute psychiatric care only at Rob Ferreira Hospital and Witbank Hospital.

Even in the relatively well-resourced Gauteng, which has psychiatric hospitals Tara and Sterkfontein and six hospitals with specialised in-patient psychiatric facilities, getting admitted can be challenging.

In 2015, 138 awaiting-trial prisoners who needed a mental evaluation could expect to be on Sterkfontein’s waiting list
for up to a year, according to replies to questions posed by the DA’s Jack Bloom in the Gauteng legislature.

Stable patients with severe mental illnesses such as schizophrenia or bipolar mood disorder might get to see a psychiatrist only once every three to six months, says Korb.

The shortcomings of the state system force many patients to turn to private practitioners, draining their resources.

Korb sees many state patients in his Johannesburg practice and is frequently asked to write prescriptions for medicines that have run out at nearby clinics, or for newer drugs not available at government facilities.

"The patients and their family members scrape together the money to buy them at private pharmacies," he says.

Many patients are caught in a cycle of repeated hospital admissions because there is poor community support, says Sadag operations director Cassey Chambers.

"Acute patients are stabilised and then sent home without any follow-up from a psychologist, counsellor or social worker to check they are coping. A month or two later they stop taking their meds, have another episode and are back in hospital again," she says.

Patients with the financial means to access private healthcare also face challenges, says Chambers. "They are sick and lack energy, and hit roadblocks that can really deter patients from getting help.

"Their biggest issue is understanding what medical scheme benefits are available to them. Often patients just give up."

Many schemes provide only the statutory minimum, defined in the Medical Schemes Act’s prescribed minimum benefits (PMB), which provide chronic cover for schizophrenia and bi-polar disorder and limit hospital admissions to 21 days.

Only members with the most expensive plans get cover that goes beyond the PMBs, such as chronic medication for conditions such as post-traumatic stress disorder and generalised anxiety disorder, says Sadag.

"The coverage is driven by the PMBs and it is suboptimal," says Discovery Health CEO Jonathan Broomberg.

Current PMB design creates a perverse incentive for patients to be admitted to hospital unnecessarily or to be given an inappropriate diagnosis, driving up costs, he says. A planned review of the PMBs may offer patients scope for a better deal.

Akeso Clinics CEO Allan Sweidan agrees that medical scheme benefits for mental health are badly in need of an overhaul.

"Up to 40% of patients who have been hospitalised are re-admitted within a year because we are not given the funding to treat people properly," he says.

The lack of medical scheme funding for private-sector patients who require a hospital stay longer than 21 days either forces them to dig deep into their own pockets or turn to state hospitals such as Tara and Sterkfontein, which charge lower rates. Beds at state hospitals were hard enough to come by before the Gauteng health department moved chronic state patients out of Life Esidimeni, Sweiden points out.

"In the absence of Life Esidimeni, the whole system will backlog. We will see the impact for months to come," he says.