If you suspect a child or a young teenager of having a mental illness, then it’s usually possible to drag them along to the doctor. But getting older teenagers and young adults to recognise that they have a problem, and making sure that they get help, can be far more difficult. 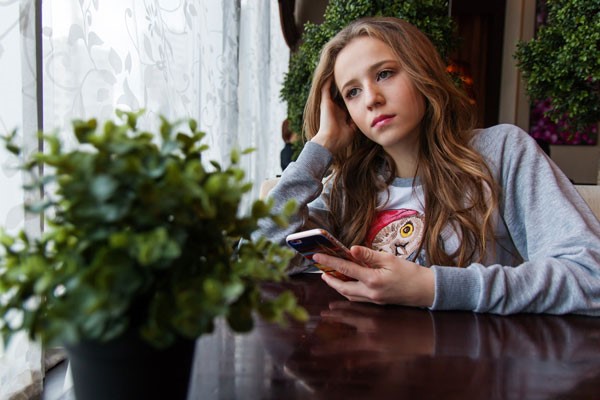 Dr Rosemary Leonard’s advice if your child shows any signs of a mental illness:

The most common problems I see are depression, eating disorders, and obsessive compulsive disorders and phobias. Both depression and eating disorders can become serious, but early treatment can prevent a young life from spiralling out of control.
All teenagers have ups and downs, so knowing when a seemingly normal reaction has turned into a genuine mental illness can be very difficult. Generally, if someone is behaving out of character for more than a month, then start considering whether they need help. Many young people fear being “put on drugs”, so reassurance that “talking therapy” is used as a first-line can be helpful.

This can cause obvious sadness, but other signs can be a loss of interest in activities, excessive tiredness, and poor concentration. There may be a clear trigger, such as a relationship break-up, but it can come on out of the blue. Suicide is a particular risk in young men.

These are more common in women, but men are affected too. Signs of anorexia include meal avoidance, an obsession with food, including cooking for others and exercising to excess. Bulimia can be more difficult to spot, but erratic eating habits, disappearing to the toilet after meals (to vomit), and frequent diarrhoea (due to laxative abuse), along with wildly fluctuating weight, can be clues.

Obsessive Compulsive Disorder (OCD) such as endlessly washing hands for fear of contamination with germs or checking that doors are locked, and phobias, like fear of lifts, may not seem too serious, but they too can thwart a young life. The sooner these disorders are treated, the more likely they are to be cured.

This isn’t a condition, but a symptom of another underlying mental health problem. Psychotic episodes can be triggered by illegal-drug use and also by binge drinking. It can also occur in bipolar disorder, sometimes in people who are severely depressed, and more rarely, it’s a sign of schizophrenia.

The most common symptoms to look out for are hallucinations, seeing or hearing things, and delusions, like believing they are about to be poisoned by their best friend, for example. Anyone exhibiting psychotic symptoms needs to see a doctor as soon as possible. If they refuse, then phone their GP, and explain what’s going on – the GP should be able to help.

This problem can trigger irrational behaviour and mental illness, and depression can also make a person more prone to experimenting with drugs. Clinics for people with drug problems are aware that many of their clients have mental health issues, and have skilled staff who can deal with this as well as helping with addiction problems.

Where to get help

Call The SA Depression and Anxiety Group (SADAG) on 0800 20 50 26 for a referral to a psychologist, psychiatrist, or support group. For help with info on admission (voluntary or involuntary) to a hospital that accepts psychiatric patients, call 0800 212 223; both SADAG lines open Monday to Sunday from 8 am to 8 pm. For a list of other emergency telephone numbers, visit www.sadag.org

The SA Federation for Mental Health has a list of mental health societies across the country.Visit www.safmh.org.za; call 011 781 1852.