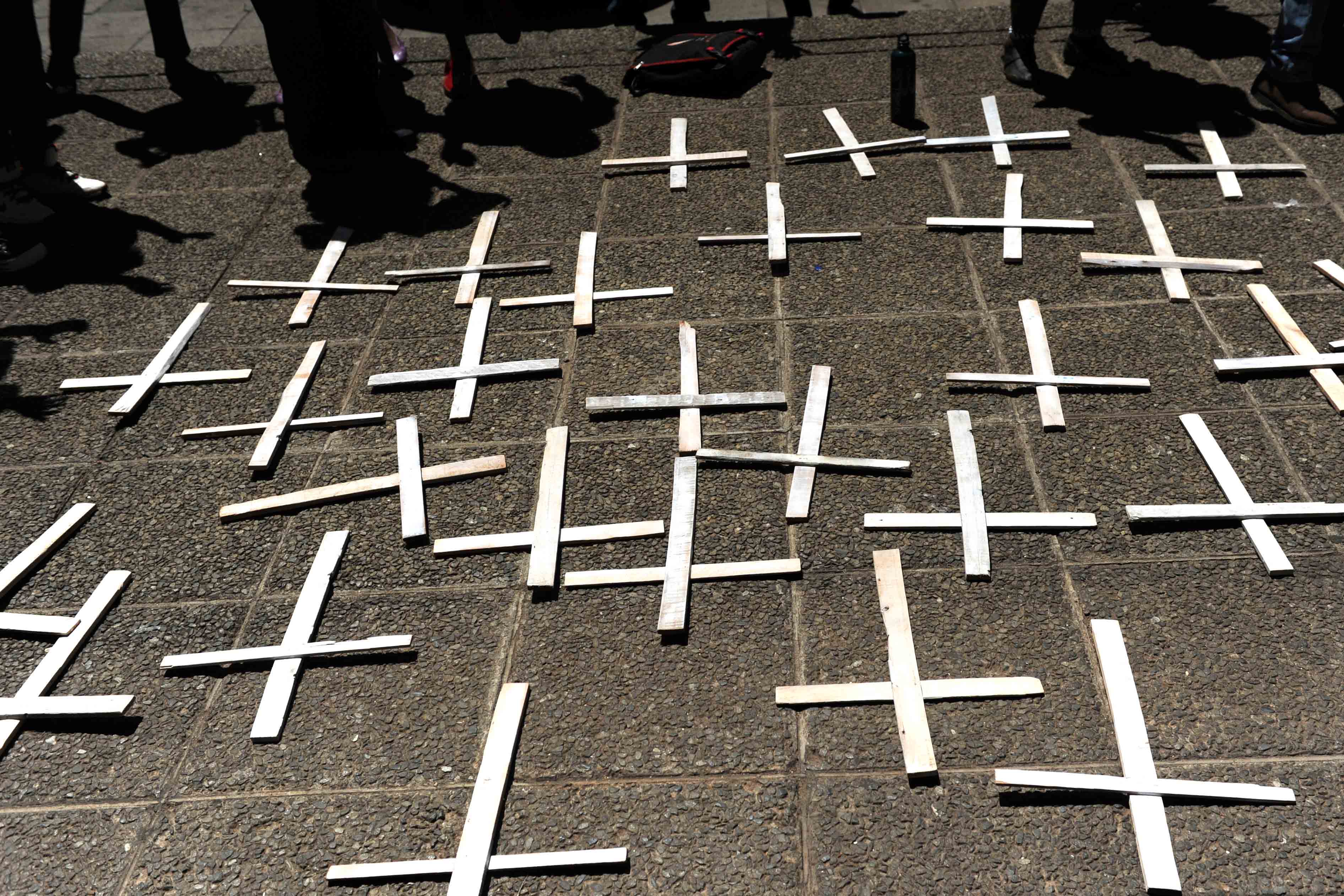 27 October 2016: Families, relatives and community members at a Johannesburg prayer vigil in remembrance of 37 psychiatric patients who died after being transferred from Life Esidimeni. (Photograph by Gallo Images / Beeld / Felix Dlangamandla)

There is a critical shortage of qualified psychiatrists in South Africa that are able to serve in the public healthcare sector. As a result, a number of public hospitals do not have any psychiatrists among their staff, according to the president of the South African Society of Psychiatrists (Sasop), Professor Bonginkosi Chiliza.

Chiliza told New Frame that Sasop has more than 600 members, with about 200 psychiatrists that work in the public health sector.

He said most of the hospitals that operate with no psychiatrists are in rural areas, adding that psychiatrists who work in areas with these shortages are overstretched and often burnt out.

“They often have to drive very far to do outreach in districts that are not well served by psychiatrists. Some psychiatrists have left the public sector as the working conditions were not acceptable to them,” said Chiliza.

In 2017, the office of the health ombudsman released a report on the 2016 Life Esidimeni tragedy, in which at least 144 psychiatric patients lost their lives because of state neglect. The ombudsman’s investigation examined the circumstances surrounding the deaths of these patients at the non-governmental organisations to which they had been transferred.

The 2017 report pointed out that there are no beds in Gauteng for psychiatric patients who need 24-hour nursing care in the medium to long term. The report highlighted that “the entire referral system is now even more poorly resourced than before the Life Esidimeni Project. Many more mental healthcare users than those transferred in the Life Esidimeni project will be affected.”

After the release of this report, Sasop called for an urgent review and overhaul of the mental healthcare system. Then president of the organisation, Professor Bernard Janse van Rensburg, said the Life Esidimeni tragedy was the result of years of neglect, delay and failure to prioritise mental healthcare services across all provinces.

In addition, these two provinces did not have psychiatric care available for children and adolescents.

The South African Depression and Anxiety Group (Sadag) said it receives around 600 calls a day from people all over the country needing help with different mental health issues. “We do know from statistics that the most at-risk age group for suicide is adolescents,” said Sadag.

South Africa has numerous policies in place to protect the mentally ill and ensure that they enjoy equal rights, including the Mental Health Care Act, the White Paper on the Rights of Persons with Disabilities and the National Mental Health Policy Framework and Strategic Plan 2013-2020. But these policies have yet to produce effective results as some mentally ill patients continue to struggle to get help.

Last year, the Eastern Cape health department was hit by allegations of abuse and human rights violations at the Tower Psychiatric Hospital in Fort Beaufort. The claims against the hospital included patients being mistreated and being served poor-quality food.

Sasop told New Frame that it would like to strengthen the mental health system – essentially the psychiatric services offered at regional hospitals and community mental health centres – to allow those with mental illnesses to be admitted to facilities near their homes.

The Democratic Nursing Organisation of South Africa (Denosa) said the shortage of psychiatrists in public hospitals has created a negative practice environment for many nurses. The organisation added that nurses are demotivated and unable to provide quality and comprehensive care to patients as a result.

“In fact, in most cases nurses fall victim to physical attack,” said Denosa. In 2016 Sasop reported that an in-patient at Hayani Psychiatric Hospital in Venda killed a psychiatric nurse. Since then, the hospital has had no psychiatrist.

Denosa said that the horrific death of the practitioner affected the profession. “We made sure that we raised the issue of lack of safety for nurses in the workplace sharply, given what had happened to her.”

The organisation highlighted that at times patients do not recover fully because there are not enough staff to care for them, leading to poor-quality healthcare. “Sometimes little attention is given to individual patients and needs because the focus is to see everybody in the long queues in many facilities.”

The department of health said that each province determines its staffing needs based on local mental health needs. It acknowledged that there is no national database of mental health practitioners. “Such information can be obtained from individual provinces since the recruitment and appointment of personnel falls within the core competency of the provincial health departments,” said health ministry spokesperson Popo Maja.