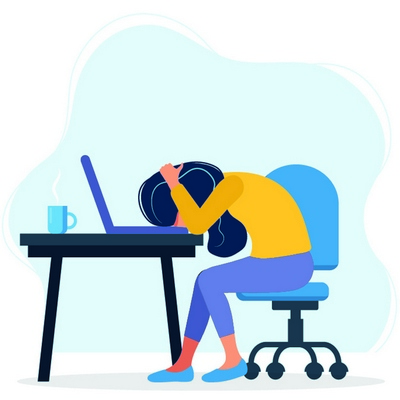 Panic attacks involve short times of terrifying fear, along with many physical symptoms.

Your heart may pound; you may feel sick; dizzy; out of breath; scared; your fingers and legs may tingle, or have pain in your chest.  These things can happen unexpectedly when there is no obvious reason to feel fear or panic.

Most people with panic disorder feel scared about having another panic attack and avoid places in which they believe these attacks are likely to occur again.

Treatment can help most people who have this illness.  It is very important for the person who has panic disorder to get information about the problem, and the type of treatments that are able to help them.

This disorder typically begins in young adulthood, but older people and children can be affected.  Women are twice as likely to suffer from panic disorder than men. The disorder can be genetic.

In the beginning, the first panic attack seems to come from nowhere. It can happen while a person is doing some everyday activity like being in a taxi, sitting at work or shopping.  Suddenly, the person feels very frightened and terrified. This usually lasts for only a few minutes, but may feel longer. The symptoms do disappear over an hour or so.

People who have had a panic attack feel like they have been hit by some terrible illness or are “going crazy”. Often people who are having a panic attack go to hospital for help in case it is a heart attack.

The first panic attacks may occur when people are under a lot of stress from work or exams; after a trauma, or after the death of a family member.  The attacks may also follow surgery, a serious accident, illness or childbirth.

Too much caffeine, the use of drugs or some medicines can also cause panic attacks.

Remember that although your feelings and symptoms are very frightening, they are not dangerous or harmful.

Understand that what you are feeling is only a very strong feeling of your body’s normal reaction to stress.

Don’t fight your feelings or try to wish them away, the more you are willing to deal with them the less frightening they will become.

Concentrate on the present, where are you and who is with you. Remember that you are fine. Don’t worry about what might happen to you. Get help and read about your illness

Focus on an carry out simple things:

If after a time of feeling better, you suddenly have another panic attack, don’t worry. After having suffered from panic attacks it is only natural that the attacks won’t disappear all at once. In time, attacks will be less severe and you will learn not to be scared of them.  There will be longer times between attacks before they stop altogether.