Job stress the biggest cause of work absence 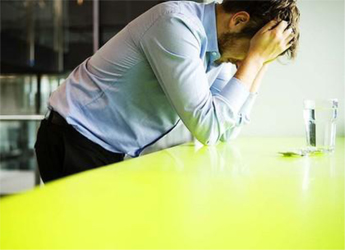 MENTAL health has overtaken physical injury as the cause of the longest absences from work.

About 55 per cent of people who suffer stress or other mental conditions on the job are taking five or more sick days off in a row, figures from the Bureau of Statistics' publication Australian Social Trends, June 2011 show.

Safe Work Australia paints a more drastic picture, with figures showing that workers with a job-related mental disorder take an average of 10.8 weeks off a year.

Health experts say workplace bullying and harassment, as well as heavy workloads, are behind the rise in stress claims and the drain on productivity.

The surge in the number of employees taking time off for mental health disorders and filing stress claims is one of the greatest workplace crises facing the nation, stress expert Professor Maureen Dollard said.

Professor Dollard, director of the Centre for Applied Psychological Research at the University of South Australia, said a study by the centre - to be released this year - shows that workers with mild levels of depression take twice as many sick days off as their colleagues. The study of 3000 workers found about 20 per cent suffered mild levels of depression.

Employees were under pressure from the ''relentless drive'' towards productivity increases, Professor Dollard said.

''It's all about the quantity of work, rather than the quality of it.

''It's taking its toll. It's dehumanising. Managers are after short-term productivity gains and don't really value the worker any more.''

■Fractures are the next largest category of workplace injury, with 54 per cent of those with broken bones away for a week or more.

■Fifty-three out of every 1000 workers suffer a work-related injury or illness - about 640,000 workers a year.

■Work-related injuries and illnesses cost about $60 billion a year.

■The accommodation and food services industry has the highest injury rate - 84 per 1000 employees.

■About 4.8 per cent of compensation claims compiled by Safe Work Australia - about 61,600 workers - were for mental health matters.

■The median payout for psychological injury was $16,300.

Separate data for federal public servants shows there has been a 54 per cent increase in mental stress claims in the past five years.

Comcare, the federal work health and safety regulator, said while injury compensation claims by government workers fell in the same period, it was concerned at the growing proportion of claims for workplace stress.

Neil Quarmby, general manager for Work Health and Safety at Comcare, said mental stress claims in the past 12 months accounted for close to 22 per cent of all serious claims involving a week or more off work.

Professor Dollard said managers need to be aware of the ''psycho-social safety climate'' in workplaces and the priority they give to psychological health versus productivity.

''We are on this mad cycle of work intensification, globalisation, competition. Unless people start to pull back and think more about the welfare of the workers, it will become a serious public health issue.''